Are you doubtful that you might be expecting? Here are some of the most common symptoms that you might experience that may be early signs of pregnancy

There are many symptoms that may reveal that you can be expecting a baby on board, even before taking up any pregnancy tests for a heads up. However, the symptoms differ from woman to woman based on their age, hormonal conditions, and from pregnancy to pregnancy.

Even though the most definite and common way to ensure the pregnancy is taking a pregnancy test, most of the women may face two or more of the following symptoms. It is also quite uncertain to determine when the symptoms show up after conceiving.

Some of the women experience symptoms after two or three weeks, while others may realize it as further as five to six weeks and so on. Also, since many of the symptoms can be misinterpreted for menstrual cycle, the best bet is to take a pregnancy test

However, there are certain symptoms to look out for if you are trying to conceive

If your breasts are feeling sore and tender, it is most likely that you have conceived during the previous ovulation period. The veins over the breasts might be more visible as well as the areola may get bumpy and darker. The hormone estrogen plays a huge role in such body change and is a significant indicator of pregnancy.

The level of estrogen and progesterone secretion in the body spikes up due to conceiving, increasing the blood flow in the breast. The key difference while experiencing soreness before the menstrual cycle and pregnancy is that the estrogen secretion sharply declines at the start of the period and the pain reduces. But if a woman has conceived, the pain increases due to a regular increase in estrogen levels, thereby making breasts increasingly tender.

Usually, the tenderness can get a bit uncomfortable and painful, it is advised to make compresses, either warm or cold depending on what feels right to you. It is important to get a supportive bra advised by the professional that can ease up the discomfort.

Generally, right after two or three weeks of conceiving, you may notice an increase in the urge to pee. It is not relative to the amount of water consumption and is completely due to hormonal changes in the body as a result of conception.

The growing uterus after conceiving can put some additional pressure over the bladder, reducing the space for the storage of urine, thereby increasing the urge to pee more often. This foreign increase in the need to urinate is also due to pregnancy hormone hCG, which improves the blood flow to the kidney which leads to getting rid of body waste faster than normal.

If it isn’t due to increased water consumption or sipping too many alcoholic drinks and you find yourself rushing over to the loo, you need to take a pregnancy test or consult a doctor for verification of the symptom if you are looking forward to expecting a baby.

If you find a light pink or brown spotting before a week of the expected menstrual cycle, don’t lose hope if you are looking forward to getting conceived. It is in fact an indicator of pregnancy. It usually happens in about a week or two of conception, due to irritation caused by the fertilized being buried in the lining of the wall. It can be accompanied by menstrual-like cramps.

Make sure that you check over the pregnancy results before any conclusion. If you haven’t conceived, keep a close check over the coming few cycles. If you experience the same light bleeding in the middle of your menstrual period, consult a doctor as it can be a sign of the medical condition.

That queasy, nauseous feeling known as morning symptoms usually show up after six weeks of getting pregnant. That queasiness can pop up any time of the day, but extremely during the morning with an empty stomach.

An increase in the level of progesterone hormone can cause a slow down in the digestion process and flow from the stomach to the intestine, which results in nauseous feeling. Also, a rise in the level of hCG after implantation causes early pregnancy symptoms such as feeling nauseous and vomiting. Most of the women who get motion sickness easily are the ones who feel extremely nauseous during pregnancy. This experience can vary from one pregnancy to another as well.

It is suggested to take small meals throughout the day, including munching on some nutritional bars and having healthy snacks. It is advised to take warm ginger tea or ginger ale. Including B6 and B12 vitamins in your diet helps you to tame down the nauseousness. If you are losing weight, consult a doctor as you may be diagnosed with a serious health problem.

It is one of the most common early signs of pregnancy. Usually, if a woman misses a period without any interference from any factors, it is most likely that you have conceived. It is a classic symptom and usually, women use the phrase “I’m late” to indicate the possibility of pregnancy. It is possible to have slight bleeding due to implantation and is quite normal.

Why does it happen?

If your cycle is regular, it is one symptom indicating that you are pregnant. Women get periods when the egg released is not fertilized. When the egg breaks apart from not being fertilized, the uterus lining that thickness also breaks down and since it is rich in blood, it is discarded in the form of thick blood mucus.

The first thing to do is to check the pregnancy, through a home pregnancy test. There are a lot of reasons why the periods may stop. Sometimes lack of menstruation for more than six months can be due to a medical condition termed amenorrhoea. Sometimes stress can be a contributing factor to irregular periods.

If you have a BBT thermometer, you can track by checking temperature in the morning. If the temperature rises by one degree and stays elevated throughout sometime, it is more likely that you are expecting.

Although it is not the ultimate pregnancy symptoms as body temperature can increase due to other factors as well, it is one of the common symptoms among most of the expecting women.

Blame it on the pregnancy hormones. Usually, the BBT rises at the beginning of the ovulation and dips sharply after the ovulation period ends. But when an egg is fertilised during ovulation, the BBT stays elevated and an indicator of getting pregnant. Rise in BBT is one of the pregnancy symptoms that you are most likely to expect.

Although you might feel sluggish and experience fatigue in the first phase of your pregnancy, it is important to have a healthy diet and practice mindful exercise as prescribed by the doctor.

This can be one of the most difficult symptoms of pregnancy to interpret, as fatigue occurs occasionally in normal life. It is one of the symptoms that is difficult to deal with, because it is the loss of energy we are talking about here. Nothing feels worse than not having enough energy to do daily activities. It may lead you to feel sluggish and lazy. The mind numbing exhaustion is nature’s way to remind us to take enough rest to nurture the baby. It can get difficult as the pregnancy progresses.

When high levels of pregnancy hormones estrogen and progesterone are released, it can cause brain fog and fatigue. A huge amount of energy released from digestion of food is diverted towards building placenta, the life support system for the baby. It is likely that you may feel fatigue almost all the time after conceiving.

Don’t get tense about being occasionally distracted and zoning out in the middle of the talk. The body needs rest and practicing mindfulness activities can help with anxiety associated with fatigue.

It is one of the most obvious and common symptoms experienced if you are expecting. About 90 percent of the women who are expecting, experience different food cravings. It depends on women to women and pregnancy to pregnancy. Just like food cravings,  expecting women may also dislike certain food items.

It is believed to be the body’s way of indicating what it needs. It is the hormonal changes which messes up the sense of smell and taste, thereby affecting the choice of food you crave for. As far as aversion is concerned, the brain develops a strong dislike towards food and associates it with feeling nauseous.

Indulging into the desired food item is fine, as long as it is limited and restricted. It is important to make sure to maintain a healthy diet and check over intake of empty calories. Avoid foods that are triggering your aversion.

Usually, within a few weeks of conceiving, women feel heavy and bloated. It can be an early symptom of pregnancy. It is hard to distinguish from pre-period bloat. Bloating can also be accompanied by constipation.

The pregnancy hormone, progesterone, relaxes smooth muscles in the body, including gastrointestinal tract. It makes the gut work slow and hinders the digestion as the food is also transmitted to the baby, forming gas in the body.

Every woman who expects a baby feels bloated at some point of time during pregnancy. It is important to maintain a healthy diet to avoid the bloat getting worse.

Remember, every woman is unique and will experience pregnancy symptoms differently.

The early symptoms of pregnancy crop up for different women at different times. Taking a home pregnancy test based on the above symptoms is a sure way to know the results. Make sure to schedule an appointment with your doctor if you are most likely to expect. And if you have done the testing and you are expecting, Congratulations! You are entering a very beautiful phase in your lifetime 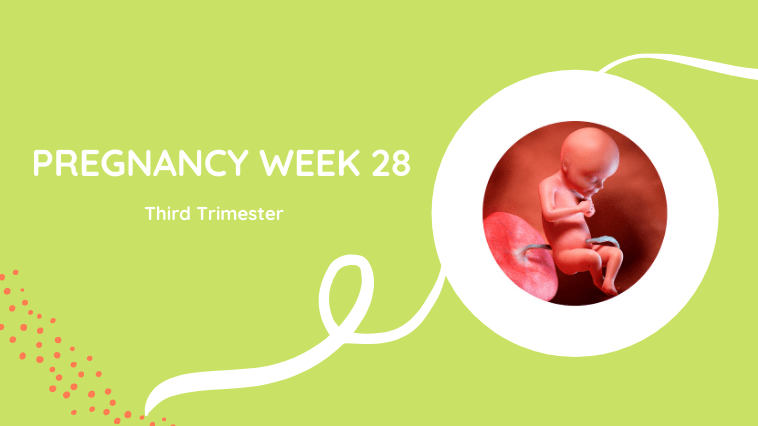